10 Best Places to Visit in April

Could April be the best of all worlds? Summer comes early to short-haul island escapes in southern Europe; spring skiing keeps snowbunnies swooshing in the Alps. It’s also the best time of year to catch some bona fide bucket-list natural wonders – found everywhere from South America to southern Africa – while national spirits are at an all-time high, thanks to a few raucous festivals in disparate corners of the globe. Plus, cherry blossom season isn’t just in the pink in Japan.

Simply put: there’s a holiday for you, no matter your jam.

Top 10 places to visit in April: 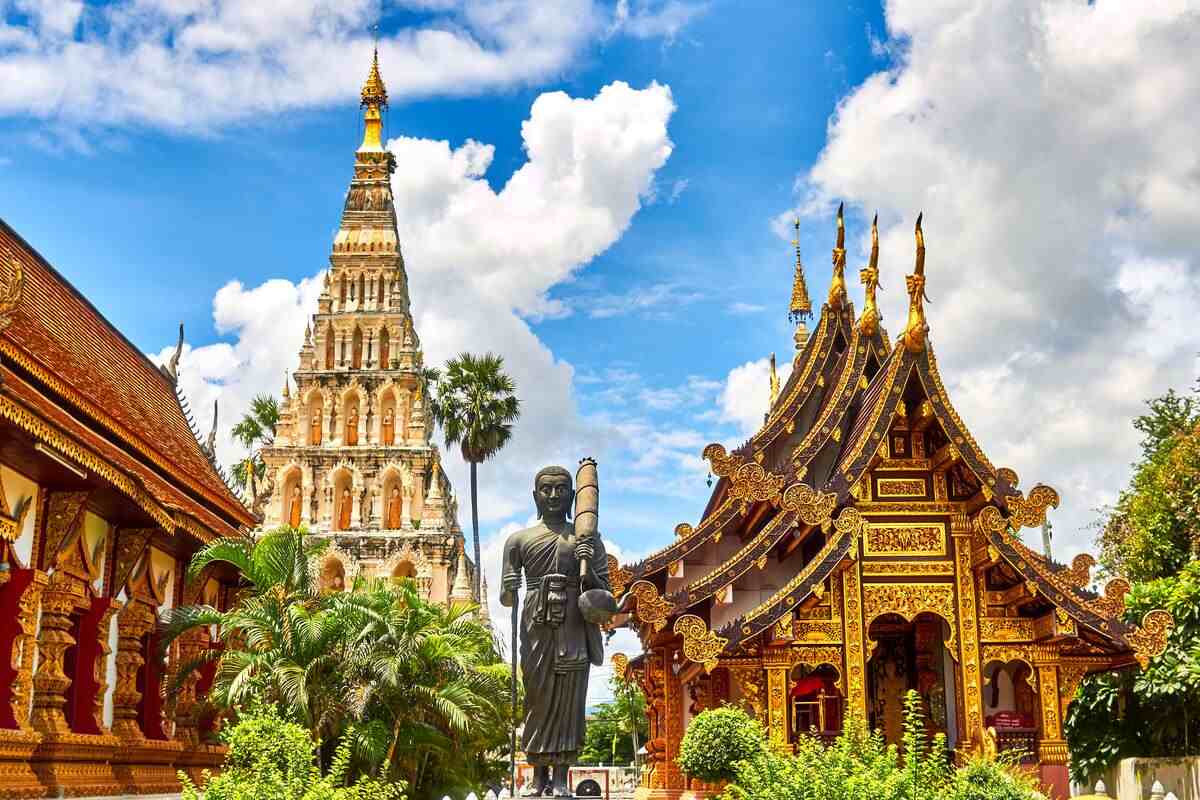 What’s just as raucous as a Full Moon Party, but significantly wetter? Thai New Year, or Songkran, that’s what. A five-day public holiday in mid-April, the country essentially turns into one giant, good-natured water fight, with locals and tourists alike soaking each other in the streets.

One of the more enthusiastic places to embrace this soggy ritual is Koh Samui. But the island of your budget backpacker days has – in parts, at least – grown up.

A world away from flimsy beach huts and lethal bucket ‘cocktails’, Kamalaya is a jungly wellness retreat staffed by monks. Or the Four Seasons remains as ‘be seen’ as ever. The private infinity pools of its hillside villas make for a more relaxing way to get soaked.

Places to visit in Thailand 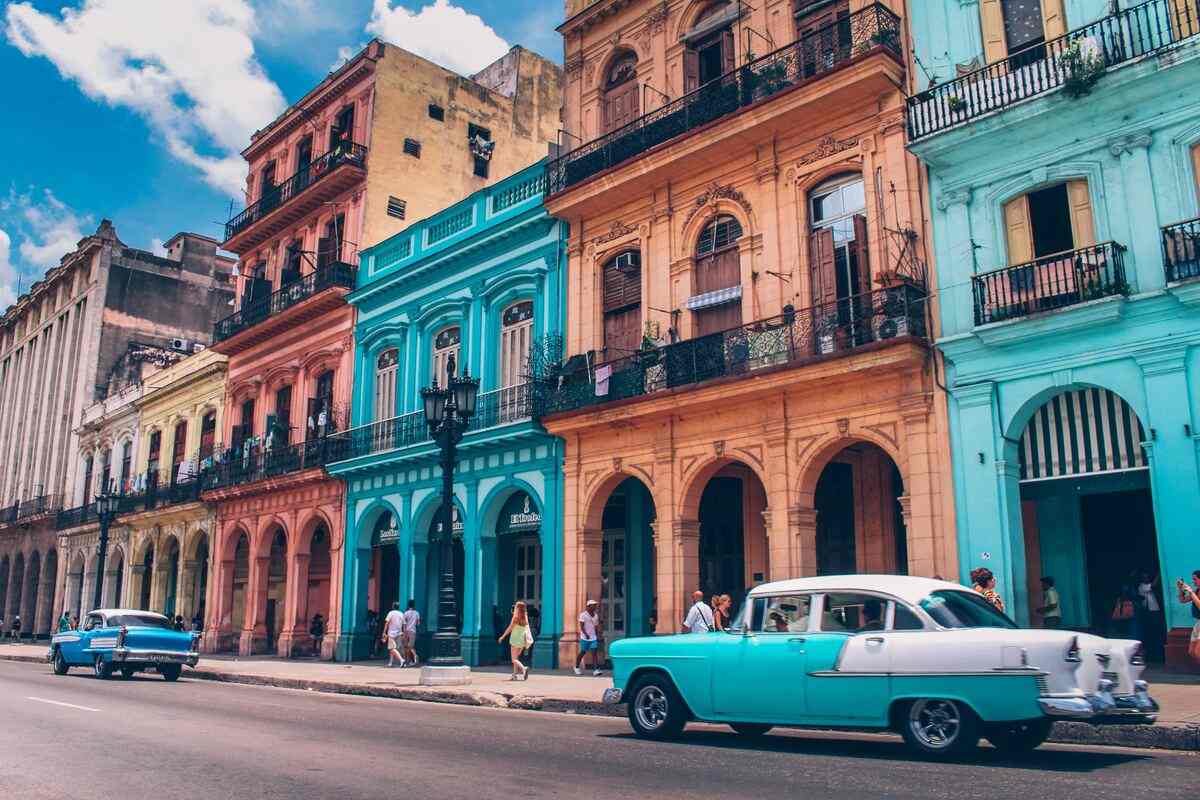 For long-haul, guaranteed sunshine, Cuba is a perfect option. April and March are the best months to go to Cuba, weather-wise: when it’s pretty dry, hot-but-not-too-hot and days are long and sunny.

Prices, meanwhile, aren’t bad, the holiday traffic long gone. Havana is heaven; we can’t recommend it enough. But go to the beaches, too, for unspoilt Caribbean white sands and turquoise seas, with a Latin beat.

Places to visit in Cuba 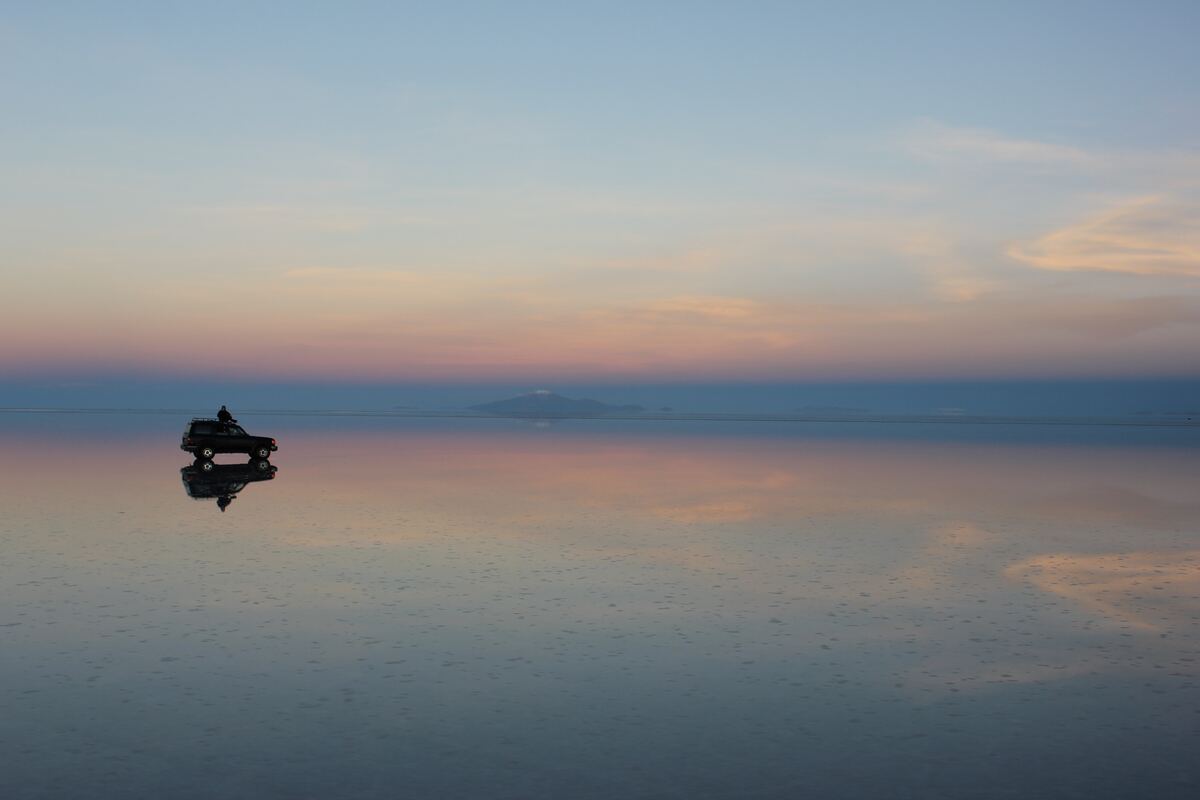 The end of rainy season in Bolivia, April marks a magical time on its famous salt flats. The weather makes 4x4 touring manageable again, but the bright-white plains remain partly submerged in water, turning them into a mirror.

A rough-and-ready four-day tour is unforgettable, passing smoking volcanoes, a flamingo-flecked red lagoon, and deserts scattered with Dali-esque ‘rock trees’ on the way.

Places to visit in Bolivia 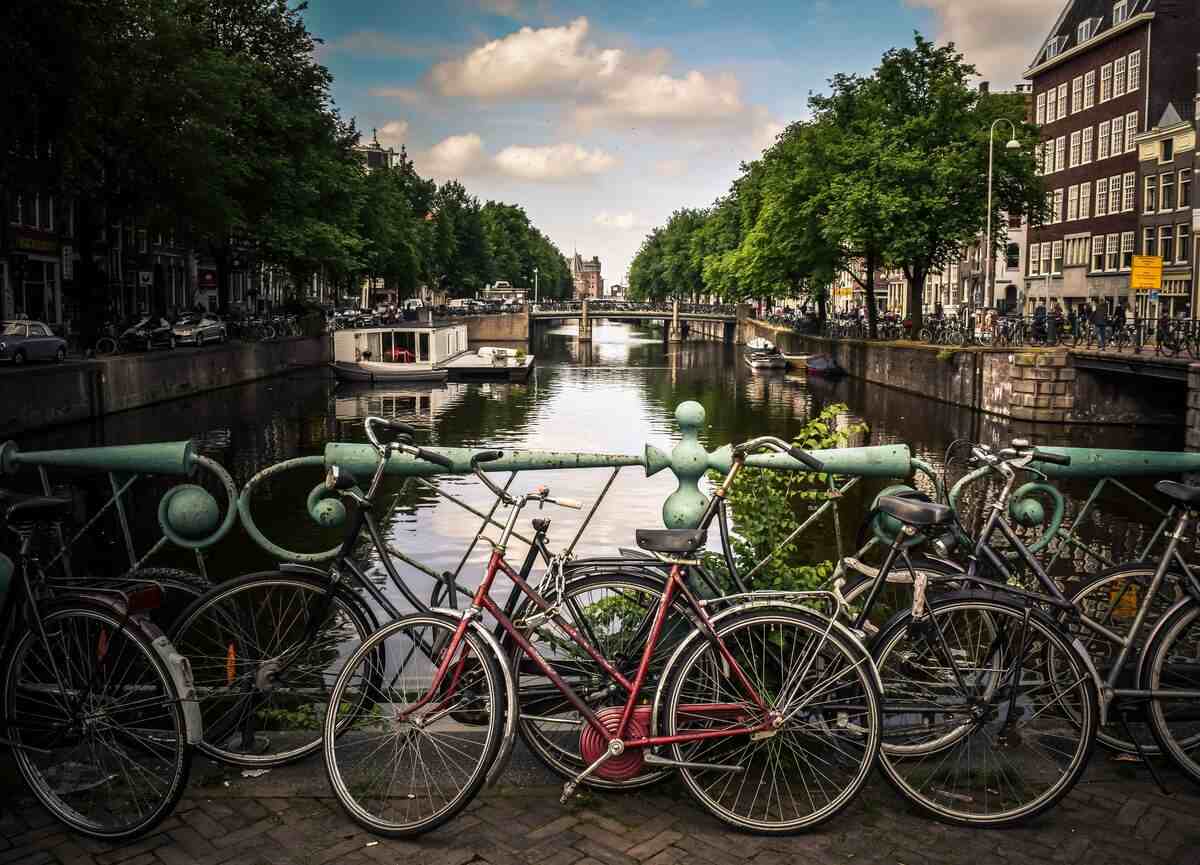 Amsterdam turns orange on April 27, when King’s Day brings a brightly-attired army of party goers to the city’s streets, parks, and boats bobbing about the canals. This is the Dutch in their good-time prime. It’s also peak season for tulips, with large patchworks of vibrant flowers blooming all around.s

Make the 30-minute drive to Keukenhof, one of the world’s largest flower gardens, for rainbow-hued displays.

Places to visit in Amsterdam

Zambia isn’t nearly as popular as big game neighbours Botswana and Tanzania, due in part to terrible roads and pricey travel packages.

If you’ve got the cash to splash, though, this African bush less travelled is a dream. Victoria Falls is its best-known attraction: locals call it ‘Mosi-oa-Tunya’, the smoke that thunders, as the falls themselves – the largest in the world by volume – are often obscured by spray. April, though, is the start of dry season, so the cascading water is more easily seen.

Then onto South Luangwa National Park, with one of the highest densities of big game anywhere in Africa, and far fewer safari vehicles sharing the view. Mix it up with a few blissful days on a luxury houseboat on Lake Kariba, where you can spot the Big Five from the deck.

Places to visit in Zambia 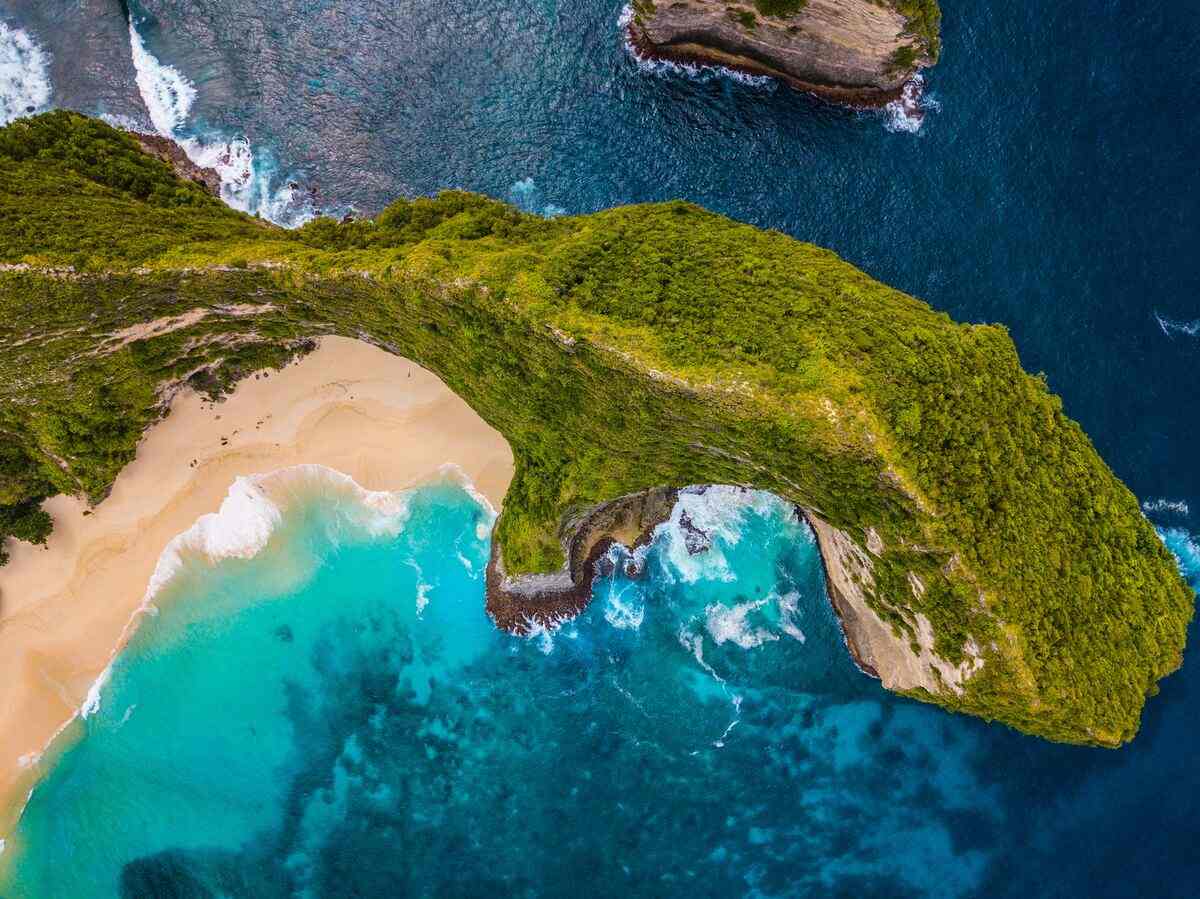 Bali at peak time? Are we mad? The key, see, is to come in early April. Before that terrifying Easter rush. Between the sad truths of dirty beaches and party-too-hard backpackers, Bali still has its charms.

Laid-back Canggu, with its coffeeshops of MacBook-tapping freelancers, smacks of Tulum before it was Tulum: boho, beach-chic, but relaxed. Go for smoothies and veggie bowls at Shady Shack, and try to score an in-demand suite at tropical-brutalist boutique The Slow.

Ubud, too, is still the Bali you want it to be in parts. A winning blend of spiritual and swank begins with ritualistic cleansing at Tirta Emou water temple, before undoing it all at elegant Locavore – on the list of Asia’s 50 Best Restaurants.

Places to visit in Bali 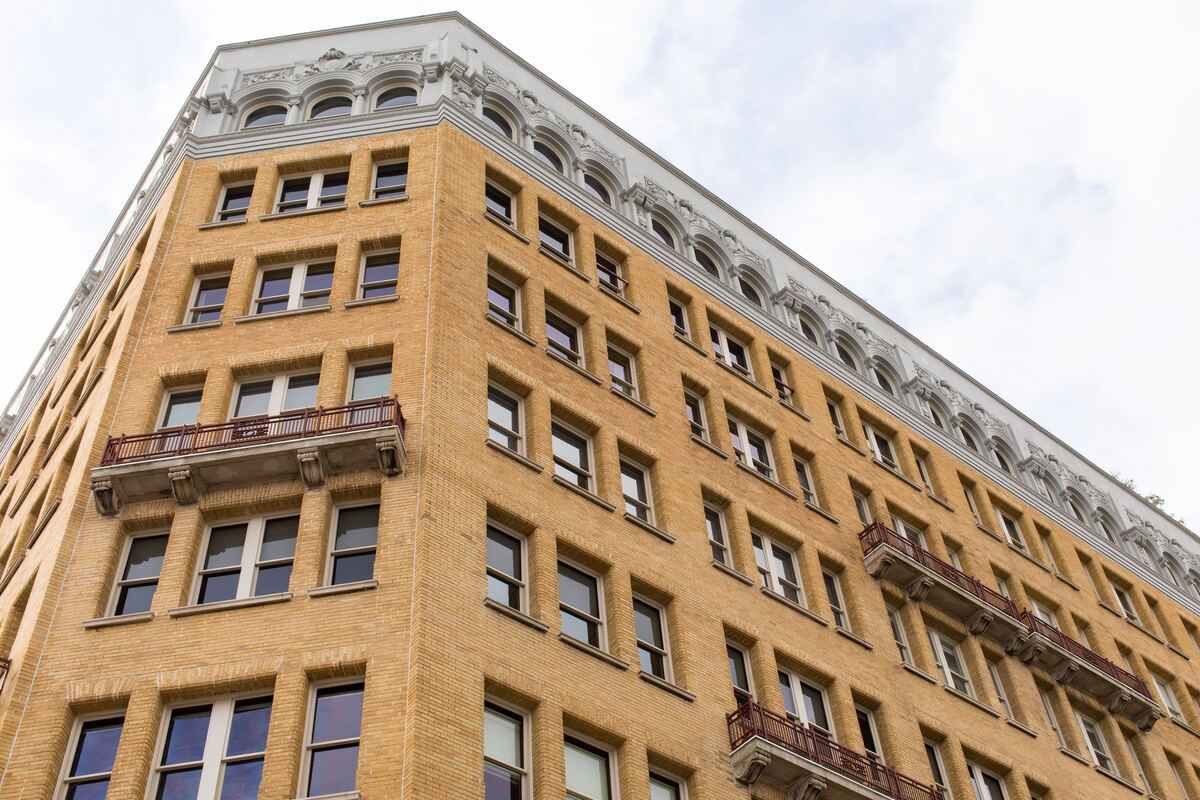 Repeatedly hailed both the United States’ greatest and friendliest city. And springtime is the perfect moment, before steamy summer envelops the Deep South. Try jazz-club-hopping in the French Quarter, slurp fresh oysters on the seafront, and don’t miss the colorful Georgians of Rainbow Row. Better still, April’s annual Festival of Houses and Gardens invites you inside some of the city’s most incredible antebellum homes. Go have a snoop in Charleston in South Carolina.

Places to visit in Charleston 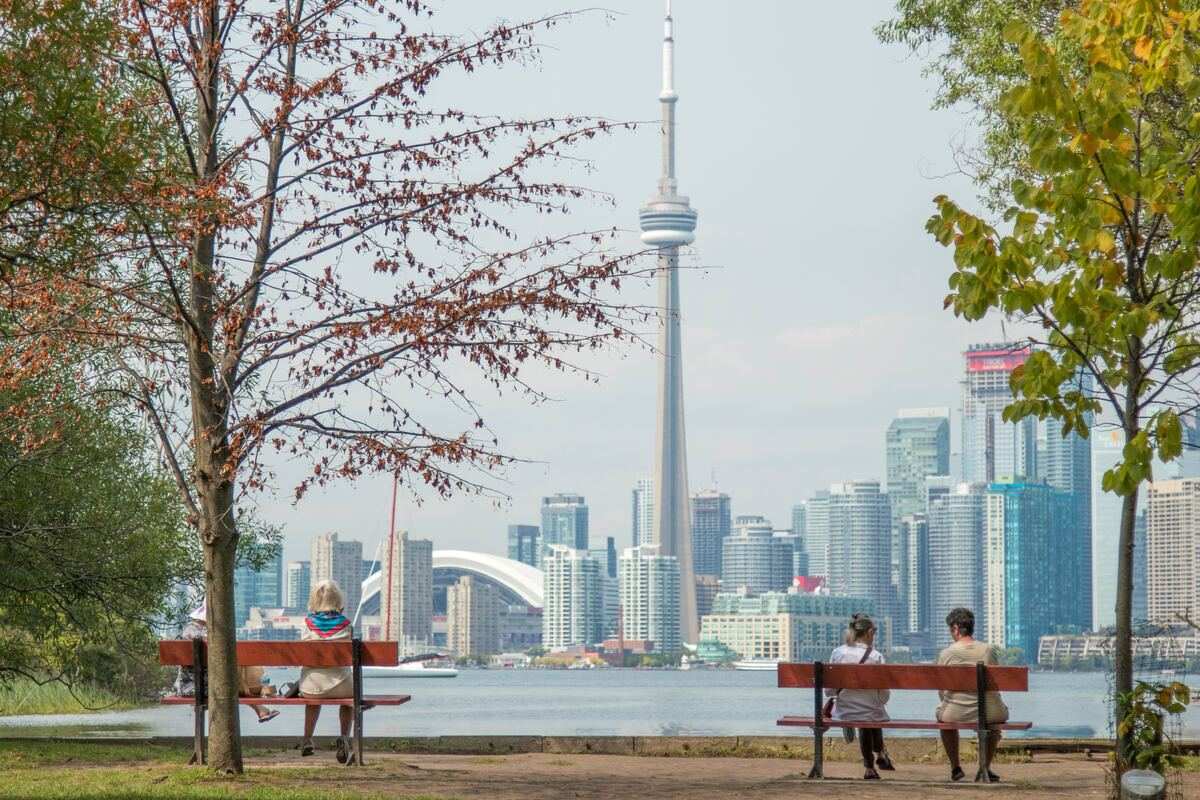 Canada’s biggest city, Toronto is a thrumming commercial and arts hub that still manages to be polite, tidy and clean – how Canadian! Also very Canadian: its long, bitter winters. Towards the end of April, though, the city thaws and cherry blossoms burst forth – in central High Park, paths flanked by candyfloss-coloured blooms need no filter.

Find more of Toronto’s new lease of life at The Museum of Contemporary Art (MOCA) – recently relocated to a disused, five-storey aluminium factory. A new St Regis, in the defunct Trump Tower, looks to up the luxury ante, too. Not forgetting the delightful little indie shops and restaurants of the Distillery District, a repurposed Victorian whiskey distillers.

Places to visit in Toronto 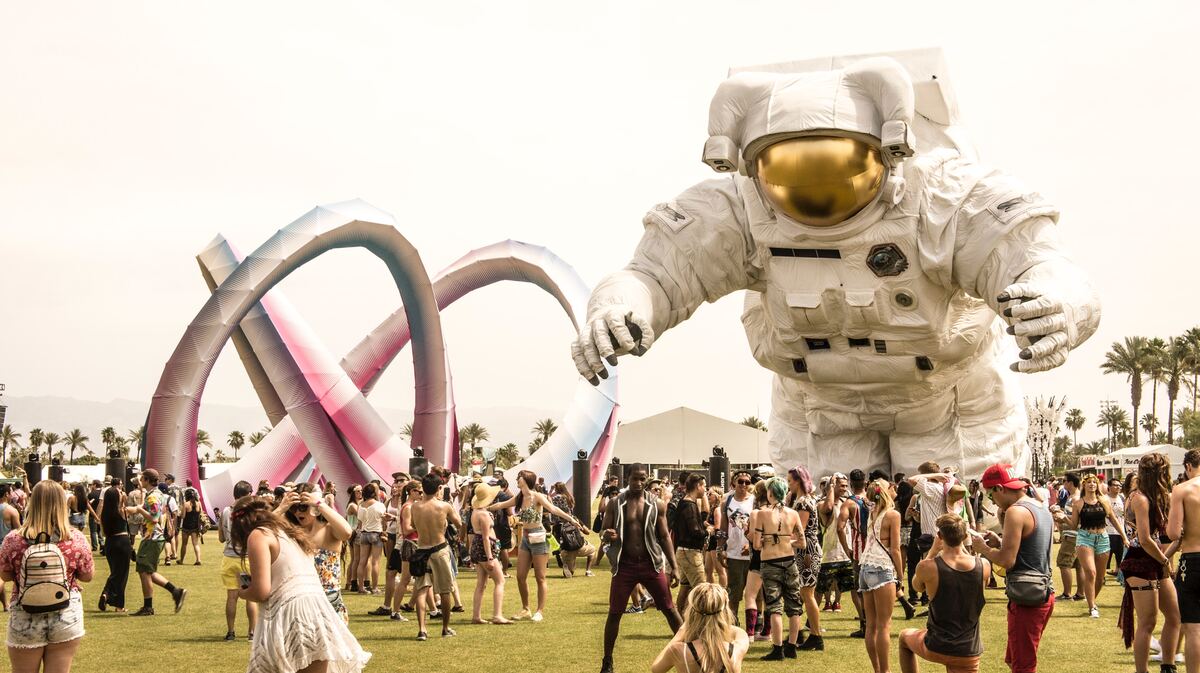 It’s the place to be seen in April. And even if you’re a bit over trust-fund babies strutting around in denim underwear and apache headdresses, the lineup is always tough to beat.

Another reason to show up, of course, is tacking on a little jaunt to retro party playground Palm Springs. Do the pool thing at Ace Hotel and Swim Club (known for its Coachella pool parties), then find mid-century modern design Eden at the historic Sunnylands estate.

Tip: newbie Sandfish Sushi & Whiskey is a sweet spot for a post-festival feast. 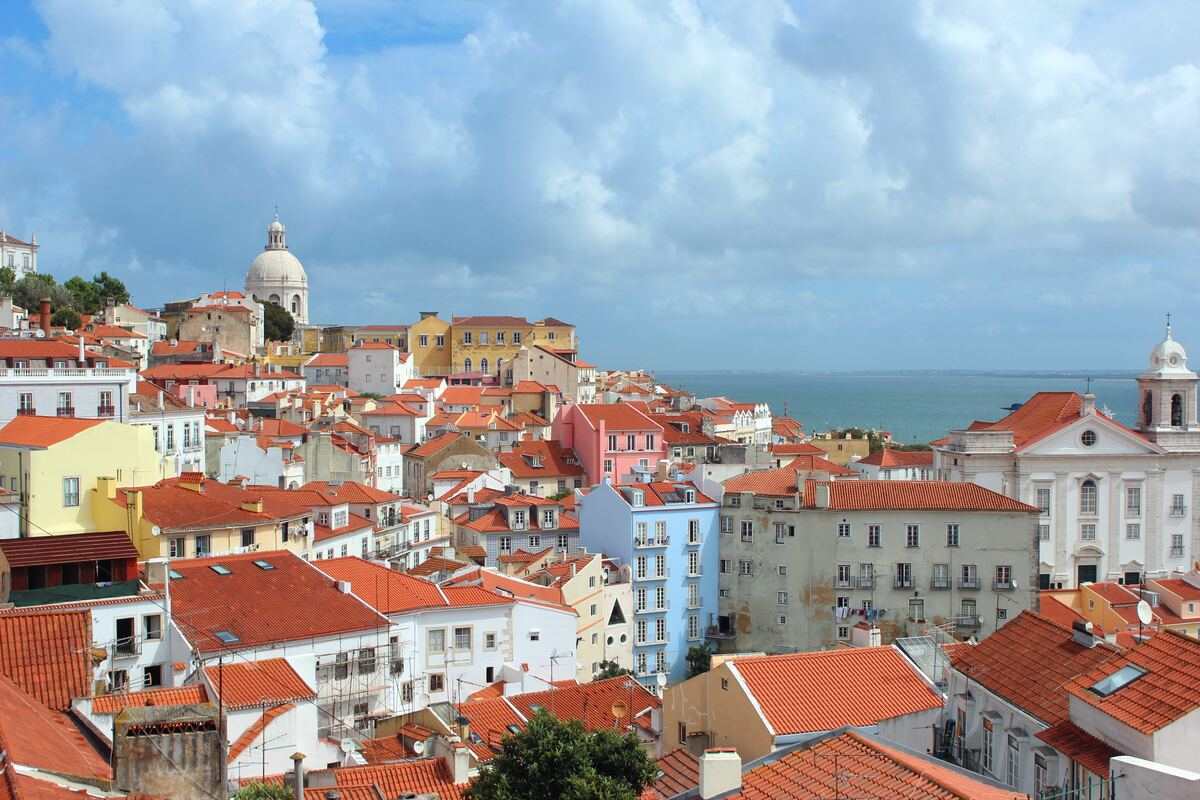 Wonderful Lisbon in Portugal has absolutely every element vital for a great weekend break (or more). Burgeoning social, food, arts and design scenes; great little places to eat and drink (read about Lisbon’s best restaurants and bars); interesting old corners and markets to poke around (see our guide to the best shops in Lisbon) with just the right amount of crumbling, poster-paint-bright historic facades. There are old palaces to stay in and Lisbon rooftop bars with pools to hang out in. It’s beside the sea!

And it’s all ridiculously, delightfully affordable. Go at any time - though April is a great time to go to Lisbon, when the days are long and sunny and the cobbled streets are beginning to warm up.

Places to visit in Lisbon